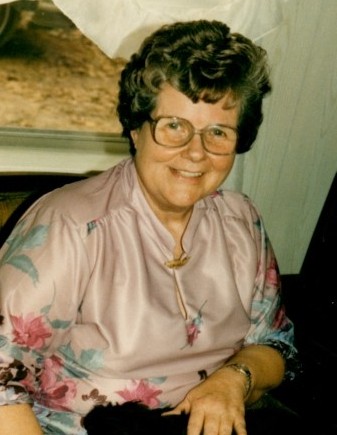 Marie Austin Clark, age 97, of Quitman, passed away in the early morning hours of May 30, 2021, in Tyler. She is preceded in death by her parents, James and Ruby Austin; husband, Wilbur A. Clark; son, James A. Clark; great granddaughter, Ashtyn Clark; and all of her siblings. Left to cherish her memory are her children, Sharon Petchkurow and husband John of Rowlett, John Edward Clark and wife Edith of Powderly, and Glen Olan Clark and wife Vicki of Quitman; 5 grandsons, 10 great grandchildren, and one great great granddaughter. Marie was born at home in Rosehill, Texas on July 15, 1923, to the late James and Ruby Austin.  She met the love of her life, Wilbur Clark, at a skating rink in Garland, and the two married on March 1, 1941. They spent 45 wonderful years together before his passing in 1986.  Marie received a Dietary Certification from North Texas State and worked as a licensed dietician at Irving Public Schools from 1966-1981, but her biggest job was raising her four children.  She was a good Christian woman and also worked at the Methodist church on Sundays caring for kids. Marie enjoyed gardening, was a wonderful cook, had a large collection of teddy bears, and was an avid reader.  Her love of reading began at a very young age, and she received an award from the State of Texas for the number of books she read in 1935. She was a member of the Iris Garden Club of Golden, was active in Meals on Wheels, and loved to participate in the Golden Sweet Potato Festival.   Funeral service for Marie Clark is scheduled for 2:00 PM Wednesday, June 2, 2021, at the Lowe-Gardner Funeral Chapel with Brother Mike Midkiff officiating.  Graveside service will follow at Cottonwood Cemetery in Golden. Serving as pallbearers are her grandsons: William, Kevin, Paul, Jeremy and Michael Clark.  Also serving are  Garrett, Collin and Keith Clark, three of her great grandsons. In lieu of flowers, please consider a donation to the Cottonwood Cemetery Association. Cottonwood Cemetery Association 3815 S FM 17 Alba, TX 75410
To order memorial trees or send flowers to the family in memory of Marie Clark, please visit our flower store.