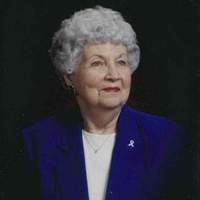 Always active in Oak Cliff Methodist Church (Dallas) and Masonic and Eastern Star. She was also a member of First United Methodist and Flora Lodge of Quitman.

She is survived by her daughter Sonja Arnold Boone and husband Russell, 2 grandchildren, and 5 great grandchildren.

To order memorial trees or send flowers to the family in memory of Margaret Rierson, please visit our flower store.