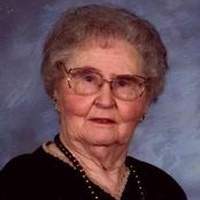 Funeral services for Mrs. Marcia Lea Cox, 78, Quitman are scheduled for 10:30 AM, Monday, December 31, 2012, Lowe Funeral Home Chapel of the Chimes in Quitman with Chaplin Don McWhinney officiating. Burial will follow in the Little Hope Cemetery. Marcia passed away December 25, 2012 at her residence in Quitman. She was born July 6, 1934 to Charles and Thelma Bicknell. She was a member of Quitman Eastern Star #695 and the Naomi class at First Baptist Church Quitman. She was a great mother to Wesley C. Cox of Springdale, AR and Brenda K. Cox of Quitman. She was preceded in death by her parents Charles and Thelma Bicknell, Cox and Zula Maxcy and brother Robert Maxcy. Left to cherish her blessed memory is her husband Tommie, children Wesley and Brenda and sister Linda Parrish. Also left to have fond memories are grandchildren Kyle Cox of Frankston and Katherin Cox of Quitman and David Strey and Jonathan Campos of Springdale, AR.

To order memorial trees or send flowers to the family in memory of Marcia Lea Cox, please visit our flower store.