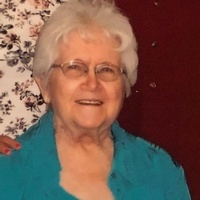 Funeral service for Marcia Lorine Chewning, 75 of Greenville, TX is scheduled for 1 P.M. Thursday, August 30, 2018 at the Lowe Funeral Home Chapel in Quitman, TX with Rev. Keefe Cropper officiating. Visitation will be held from 11:30 A.M. until service time on Thursday.

Marcia was born September 14, 1942 in Moline, IL to Herbert Hillary Tyler and Goldie Lucille Ester Starkey and died August 27, 2018 in Greenville, TX. She moved from Illinois to Irving, TX with her family at a young age and attended school in Irving, TX, graduating in 1960. Marcia attended Mountain View Community College and later earned her B. S. degree and Masters of Education from North Texas State University in Denton, TX. She was an elementary school teacher for 26 years for Irving Independent School District, a member at the Quitman First United Methodist Church and the Order of the Eastern Star in Grand Prairie,TX Chapter 219.

If desired, memorials may be made to the Quitman First United Methodist Church or charity of your choice.