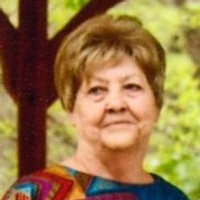 Marcy was born August 6, 1947, to O.B. Spears and Novella (Armstrong) Spears in Mineola, Texas. She lived in Wood County all of her life and worked as a seamstress.

She is preceded in death by her parents; and her husband Tommy Champion (1976).

A memorial service will be scheduled for a later date.

To order memorial trees or send flowers to the family in memory of Marcella "Marcy" Champion, please visit our flower store.