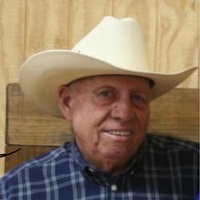 Louie Petty, 71, of Yantis, passed away February 9, 2018 in Tyler, just two weeks after the passing of his wife, Nancy.

He is preceded in death by his parents; and his wife, Nancy Petty.

Left to cherish his many memories is his son, Robert Collier of Cashion, OK; daughter, Shelley Inskeep of Nacogdoches; one brother, Ben Petty of Georgia; four grandchildren, and five great grandchildren.

Louie was born April 18, 1946 in Carrollton, Georgia. Both of his parents passed away when he was very young, and he grew up in and orphanage. In 1964 he graduated from the Berry Academy in Georgia.

After leaving Berry in 1964, with $25.00 to his name and having no parents to fall back on, he resided in a $10.00 a week garage apartment in North Atlanta, while working during the day for the State Highway Dept on a survey team. Nights were spent driving a taxicab to support himself and to try to get ahead in life for 2 years.

Louie was drafted in 1967 and served in Vietnam during the Tet offensive in 1968. He returned home in late 1968 and worked for Cousins Properties as Construction Superintendent in Atlanta. Later he was promoted to General Superintendent, and built Shadowwood apartments and also built 500 to 600 upscale homes in North Atlanta. Louie also served as General Superintendent for Pulte Homes Corporation out of Maryland and Levit and Sons of Pennsylvania before going out on his own as a Home Builder and did this through 1974 in Atlanta and surrounding areas.

As interest rates skyrocketed in 1974, an opportunity arose to become a sales manager for Motorola Communications & Electronics for 5 Southeastern states which lasted for a period of two years.

In 1976, he decided to turn his interest in horses into means of making a living. He showed his own horses and other clients horses extensively throughout the southeastern United States with much success. This success was noticed by a prominent Horse Breeder and Banker in Texas, who offered him the opportunity to relocate to Texas and manage his horse ranch operation, which he did from 1979 through 1993.

During his career as a successful Horse Trainer, he traveled weekly throughout the United States, winning World and National Shows, and many times holding Grand Championships at Houston Livestock Show, Fort Worth Livestock Show, Dixie Nationals, San Antonio Livestock Show, National Western Stockshow in Denver, as well as many other places. Louie also had the privilege of showing horses for such celebrities as Bo Dereck, Dale Robertson, James Drury, Roy Clark and Lou Diamond Phillips, and also helped make television commercials and movies. He also sold millions of dollarsâ€™ worth of horses locally, nationally and internationally through individuals and National Horse Sale Auctions.

In 1993 after tiring of much traveling and the hectic long hours and competition of horse training and showing, he decided to revert back to his home building background and built and remodeled homes in the $500,000 â€“ $2 MM range, along with light commercial building and remodeling, and did this as an independent general contractor in the Dallas area. His work was featured in 2 issues of Better Homes & Gardens in 2003.

In 1985 while showing horses in Reno, Nevada he met and fell in love with his wife, Nancy. She was also showing horses at the time and also showed many World and National Champions. Together they made one heck of a Team! They got married in 1988. When they married, Nancy changed professions and became a Senor Client Relationship Manager for a large International Insurance Corporation based out of the Netherlands.

Louieâ€™s hobbies were Muscle cars, Tournament Bass Fishing, and Nascar Racing. One of the special things while enjoying Bass Fishing, was working with the Casting Kids program for B.A.S.S. (Bass Anglers Sportsmanâ€™s Society) in Texas. While competitively fishing Bass Tournaments, he was in the top six for 3 years of B.A.S.S. in Texas.

He was a member of the Skeeter Boat Company Pro Team from 1989 through 2002 and was 1 of 20 of the Pro Staff members for Costa Del Mar Sunglasses in Ormond Beach, FL.

Louie enjoyed fishing Bass Champs Tournaments. He also enjoyed showing his car at local car shows and won the Peoples Choice Award with his 1969 SS Camaro at one of the shows.

Louie and Nancy loved lake time with their children and their families, even though gas would get rather expensive for 2 Seadoos and a boat while out on the lake.

Louie and Nancy lived in Waxahachie for 28 years before moving to Yantis in 2014. They lived on Lake Fork and were members of Wood County Cowboy Church in Quitman.

â€œLife has been good for this poor country boy who went to Berry on a hardship with nothing and came out with a degree in life that allowed him to succeed in life and live life comfortably while enjoying the things in life that pass most people by.â€ â€“ Louie Petty