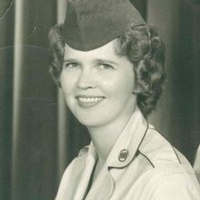 Funeral service for Lois M. Hopkins, 81, of Quitman, is scheduled for 3:00 PM Tuesday, March 21, 2017 at Lowe Funeral Home with Chaplain James Spurgeon officiating. The family will receive friends from 1:00 â€“ 3:00 PM Tuesday prior to the service.

Lois Marie Hopkins was born September 21, 1935 in Mt. Vernon, Indiana to John and Celia (Wells) Medcalf. She was a veteran and served her country proudly in the United States Air Force. In 1982 she moved to Quitman and was a homemaker.

She is preceded in death by her mother and father, three brothers, two sisters, and her nephew, Larry Blackburn.