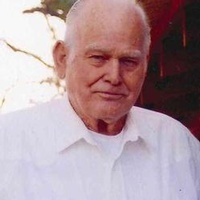 Funeral services for Lloyd Allen Grider 84 Quitman, are scheduled for 2:00 p.m. Sunday, March 16, 2014, Lowe Funeral Home Chapel of the Chimes, with Mike Morrow officiating. There will be no burial. Family will receive friends from 6:00-8:00 p. m. Saturday evening, March 15th at Lowe Funeral Home, Quitman. Lloyd was born March 10, 1930 in Dallas, Texas to Everett Bruce and Thelma Jewel Daniel Grider and passed away in Mt. Pleasant, TX March 13, 2014. he was a self-employed blacksmith and saddle maker for 54 years. He moved to Wood County in 1960 and was a Methodist.