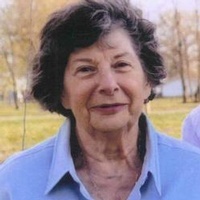 Funeral service for Letitia â€œLeeâ€ McWilliams, 84, of Quitman, are scheduled for 11:00 AM Saturday, May 21, 2016 at Lowe Funeral Home with Brother Fred Morrow officiating. The family will receive friends one hour prior to the service at the funeral home.

Lee was born September 16, 1931 in Ellinger to Merritt and Esther Smith and passed away May 18, 2016 in Tyler. She has been a Quitman residence since 2003, coming from Houston.

To order memorial trees or send flowers to the family in memory of Letitia "Lee" Pearl McWilliams, please visit our flower store.