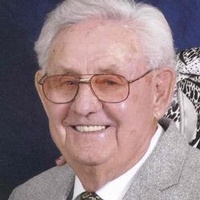 Funeral services for Lester E â€œPeteâ€ Winters, 90, of Yantis are scheduled for 2:00 PM Wednesday May 4, 2016 at Lowe Funeral Home with Brother Fred Morrow officiating. Burial will follow at Rock Hill Cemetery. The family will receive friends at the funeral home for one hour prior to the service.

Pete was born January 1, 1926 in Scipio, Oklahoma to Elmer Allen and Agnus Mae Winters and passed away May 2, 2016 in Tyler. He was a Private in the US Army and received a Purple Heart Medal, Bronze Star, and was a sharp shooter. He was also a member of First Baptist Church of Yantis, a 60 year member of the Masonic Lodge in Yantis, and a 32nd degree member of Scottish Rites in Dallas.

He is preceded in death by his parents; one sister, Ruby Richardson; and his wife of 51 years, Pauline Winters.

Click the link below to view Mr. Winter's memorial video.