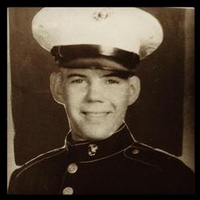 Memorial service for Lee McKinney, 76, of Yantis, is scheduled for 4:00 PM Friday, March 24, 2017 at Lowe Funeral Home with David Allen officiating. The family will receive friends for one hour prior to the service.

Lee McKinney was born February 19, 1941 in Ashville, North Carolina to William and Ollie McKinney. He was a United States Marine Corps Veteran, serving three tours in Vietnam and received a medical discharge after 14 years of service. He was a Yantis resident for 30 years, moving from Dallas.

He is preceded in death by his parents and one granddaughter, Emily Collins.