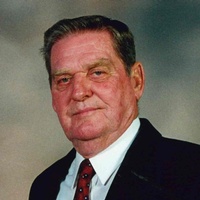 Funeral services for Lee Roy Hulshouser, 86, of Quitman, is scheduled for 1:00 PM Friday, August 31, 2018 at Lowe Funeral Home with Brother Thomas Estes officiating. Interment will follow at Haven of Memories Cemetery in Canton.

The family will receive friends 2 hours prior to service.

Lee Roy Hulshouser was born in Dallas on June 20, 1932 to the late Roy Gilbert and Lela Mae (Nolan) Hulshouser. He was one of nine children born to the couple. He lived many years in Canton before moving to Mineola, and later moving to Quitman. In 1956 he married the love of his life, Mary Ann Hulshouser. In the 80â€™s he retired after owning a city wide plumbing company for many years. He was an avid gardener and rancher, owning numerous cows and buffalo. He was an all-around outdoorsman and enjoyed hunting deer and elk. Lee Roy had a keen sense of humor and could make anyone laugh.

Lee Roy accepted Christ as his personal savior in 2015.

He is preceded in death by his parents, Roy Gilbert and Lela Mae Hulshouser, and 8 siblings.