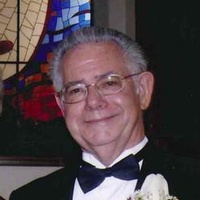 Larry was born on February 20, 1944 in Houston to Garland Fletcher Crow and LaVetta Mozelle Crow and passed away April 10, 2016 in Quitman. Larry lived in Quitman 7 years and was a member of Forest Hill Baptist Church. He was a member of the Quitman Rotary Club and the Flora Masonic Lodge. In Larryâ€™s time on Earth, he worked as Chief of Police for 10 years for the LaMarque PD, Reserve Captain for Texas City PD, school resource officer for Hitchcock PD, and later retired from the Wood County Sheriffâ€™s Office where he was a Civil Deputy. He was also the Mayor of La Marque for 7 years and served on the Quitman City Council for 2 years.

Larry is preceded in death by his parents.

Serving as pallbearers will be members of the Masonic Lodge.

To order memorial trees or send flowers to the family in memory of Larry Eugene Crow Sr., please visit our flower store.