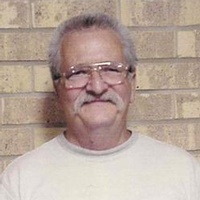 Graveside services for Larry Allen Ater, 71, of Winnsboro, are scheduled for 2:00 PM Sunday May 1, 2016 at Quitman City Cemetery with Pastor James Scott officiating. The family will receive friends before the service from 12:30 â€“ 1:30 PM at Lowe Funeral Home.

Larry was born during the time of WW2 and was a teenager during the wild times of the 60s. He lived his life fast and fun and spent a lot of nights racing old cars on the streets. He rode motorcycles, hunted, fished and lived life to the fullest. He had 2 daughters in Ohio and later moved down to Texas where he met his wife, Eula Faye Ater, and quickly fell in love and got married and have been together for the past 47 years.

Larry ended up with three more children through the marriage and shortly after became a grandfather. He quickly became known as "Papa" to everyone. He began to study the Bible and became a born again Christian. He spent a lot of time studying the Bible and became a Preacher and has helped many people in their walk with God. He was a role model and great father-figure to so many people and even adopted his 2 great-grandchildren and raised them.

Through it all, he never quit his love for fast cars and hunting. He has restored more antique vehicles and killed more deer than most could ever dream about.

Proceeded in death by both parents, 2 brothers, and granddaughter Cathy Holmes.

Larry is survived by his wife of 47 years Eula Faye Ater of Winnsboro; 2 daughters, 2 step-daughters, step-son, 12 grandchildren, 20 great-grandchildren, and 10 great-great grandchildren. He was loved by many more and has helped many people become saved, all who will join him later in heaven.

To order memorial trees or send flowers to the family in memory of Larry Allen Ater, please visit our flower store.