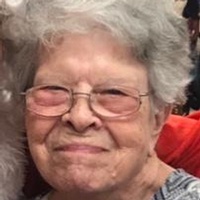 Judy was born December 29, 1924 in Seminole, Oklahoma to Ira and Serena (Terry) May. She was a Wood County resident for 30 years, living in Hawkins and later in Quitman.

Judy attended First Assembly of God. Reading the bible was her favorite thing to do. She also used to enjoy playing dominoes before her husband, FM Buford, passed away.

Judy was preceded in death by her mother and father, two brothers, six sisters, and husband, FM Buford.

A memorial service for Judy will be scheduled at a later date.

To order memorial trees or send flowers to the family in memory of Lahoma Nadean Buford, please visit our flower store.