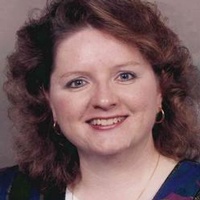 Funeral services for Lacinda Barber Frazier are scheduled for Friday, July 29th at 11:00 a.m. at Lowe Funeral Home with Brother Raif Turner and Brother Fred Morrow officiating. Burial will follow at Mt. Pisgah Cemetery in Wood County. The family will receive friends from 6-8 PM Thursday, July 28th at the funeral home. God called Lacinda home on Monday, July 25, 2016. Lacinda was preceded in death by her parents, Doug and Sue Barber of Quitman.

Lacinda was born June 27, 1960 in Gilmer and was a member of First Baptist Church in Quitman. She lived in Wood County all of her life. She taught school for 27 years in Quitman I.S.D. and 2 years in Harmony I.S.D. While teaching, she was very active in UIL events, serving as the District Coordinator. Lacinda enjoyed doing water aerobics with her dear classmates at the Trinity Mother Francis Health and Fitness Facility in Lindale. She loved spending time with her husband Mack taking care of their grandsons. Lacinda was an amazing Granny who instilled a love of puzzles, crafts, and hands-on learning with her grandsons Bear and Colt.

Special thanks to Renee Gilbreath and associates at The Hospice of East Texas and the staff of Lincare in Quitman.

In lieu of flowers, memorials can be made to the Class of 1978 Sue Barber Memorial Scholarship Fund at the Mineola Community Bank in memory of Lacinda Frazier, or the Mt. Pisgah Cemetery Association, 4995 FM 49, Mineola, Texas 75773.

To order memorial trees or send flowers to the family in memory of Lacinda Barber Frazier, please visit our flower store.