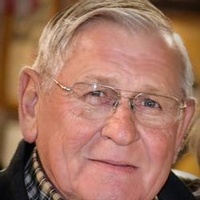 Funeral Services for Kenneth Stanley, 69, of Hainesville, are scheduled for 2:00 PM, Tuesday, September 20, 2016 at Hainesville Baptist Church in Hainesville, Texas with Bros. Holland Atchley and Terry Davis officiating. The family will receive friends one hour prior to the service.

Kenneth was born March 12, 1947, in Mineola, Texas to James Thurman Stanley and Stella Reynolds Stanley and passed away on September 18, 2016 in Tyler, Texas. Kenneth was a lifetime resident of the Mineola area and was a member of Hainesville Baptist Church. He was a Railroad Engineer for Union Pacific for 30 years.

He is preceded in death by his parents; son, Kenneth Jason Stanley; sister, Gloria June Stanley.

To order memorial trees or send flowers to the family in memory of Kenneth Stanley, please visit our flower store.