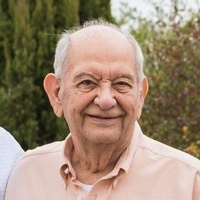 Ken was born in St. Louis, Missouri on September 29, 1935 to Karl and Helen (Hohnstrater) Guvernator. He was raised in St. Louis and served his country proudly in the United States Army. On February 1, 1969 he married the love of his life, Donna Roberts Guvernator. In 1989, they moved to Grapevine, TX where they owned a Whirlpool appliance business.

Upon retirement 12 years ago, Ken and Donna moved to Quitman and became members of First United Methodist Church.

He is preceded in death by his parents and son, Jon.

A Celebration of Life will be held Saturday, April 6th, beginning at 2pm in J.O.Y. Hall at First United Methodist Church in Quitman.