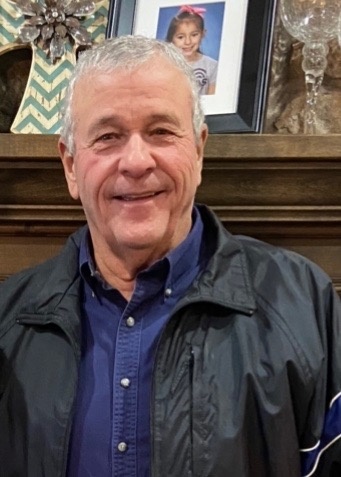 Keith Lynn Brown, age 72 of Golden, passed away on April 4, 2020 in Greenville. His family will attend Funeral Services on Friday, April 10, 2020 , 11 AM, at the Lowe Funeral Home. Due to restrictions on the number of those gathered, it is requested in person attendance be reserved for his invited family. The community and Keith’s friends are encouraged to view the service streamed at www.facebook.com/LoweFuneralHomeQuitman.  Viewing will be held throughout the day from Noon until 8 PM on Thursday, April 9, 2020 at the funeral home. You may leave condolences for the family on lowefuneralhome.net.  A memorial service for the public will be announced at a later date to celebrate his life.

Keith was Born in Mineola on September 17, 1947 to Archie Clifton (A.C.) and Inez (Gibson) Brown.  He was a Quitman High School Graduate and received his Bachelors Degree in Agriculture Science from East Texas State University in Commerce.  He married Deborah (Debbie) Ruth Caffey on December 27, 1974, at  Smith Chapel United Methodist Church at Hoard.  He and Debbie were members of The Well Worship Center in Athens, TX.

He is survived by his wife Debbie of Golden; son, Chris Brown of Golden; daughter Jennifer Brown Moore and her husband Jesse of Alba, along with grandchildren Kenzee and Jaycee Moore; sisters, Carolyn Clark and husband Dale of Golden and Janna Castloo and her husband Tommy of Mineola; nieces, nephews, other relatives and a host of friends.

Keith worked briefly for Pilgrim Industries in Mt. Pleasant, TX, but in 1972, came back to Golden to farm and ranch; first with his dad, then later alone, for approximately 48 years of his life.  Farming actually began at a very early age in his life when he helped his dad by driving the tractor and would sometimes fall asleep while driving!  He believed in a strong work ethic and believed that anything worth doing was worth doing RIGHT!  He loved Golden so much that it had been said he lived in a 6-mile radius or that he had a 6 mile string attached so that if he got past that point, it would begin to stretch like a rubber band and bring him back to Golden!  He loved to tease or pick on good friends and he could talk really tough. But really, inside, he was kind and compassionate; a real “softy”, depending on the circumstances.  He helped people without expecting any fanfare or recognition.  He loved family gatherings, especially at Christmas when he’d give Debbie’s dressing a grade of “A-”.  He said he wanted to leave room for improvement.  He had his share of ups and downs, trials, and surgeries in the last several years.  He remained dedicated and devoted to God, the family he loved, his church family, and the herds of cows he tended because, as he put it, “God gave them to him to take care of.”  He definitely had something deeper inside him, which has been evidenced to the family by the overwhelming responses of  love and support through many, many text messages, phone calls, and personal stories of how he impacted lives.  That’s not a bad testimony for someone that lived in a “6 mile radius”.  But he lived much more than that!  He had Jesus in his heart and he let that show with the things he said and did wherever he was.  He will be sorely missed!  He was here 72 years, but that was really no time at all!  It went by all too quickly!  Now he’s looking down laughing that we have to mow and weed eat all those yards!!!!

For those desiring, memorial contributions may be directed to The Well Worship Center, P.O. Box 671, Athens, TX 75751.