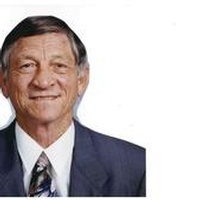 He was born April 30, 1926 in Canton, Tx to Julius Hugh and Jeanette Mills Stagner. Julius graduated from Van High School and grew up in the Canton area and afterwards served in the U. S. Navy, attended Tyler Junior College, Hardin- Simmons University in Abilene and Ft. Worth Baptist Theological Seminary. He was a retired Baptist Minister having served at churches in Commerce, Edgewood and in Texarkana as well as other churches.

He was preceded in death by his wife Bettye Stagner and a son Mike Stagner.

In lieu of flowers, donations may be made to the charity of your choice.