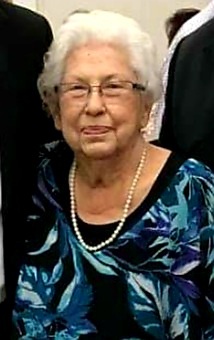 Julia Faye Johnson was born in Quitman on July 17, 1935 to Luther and Flora Bell (Gleaton) Kirbo. She lived in Quitman all of her life. While attending Quitman High School, she was awarded the 4H Gold Star Girl in 1951, placed First in District Dress Revue and was county winner the previous year. After high school graduation, she went on to achieve a two-year degree from TJC. On July 17, 1954 she married Mack Johnson at First Baptist Church of Quitman. They were members of Hubbard Chapel Baptist Church.

Julia Faye was a very accomplished woman. Her professional life was spent at the Wood County Extension office for 30 years before retiring in 2000. She was an officer of the Young Homemakers of Texas since 1966. As a member of the Forest Hill Demonstration club, she won numerous awards at the Texas and East Texas State Fair for baked foods, canning, decoration, and clothing. She spent many years dedicating her free time to the 4H programs of Wood County.

Julia Faye passed away July 8, 2020 at her home surrounded by family and friends.

She is preceded in death by her parents; four sisters, Lizzie Belle, Josephine, Poline, and Pete; one brother, John; husband, Mack; an infant daughter, Debra Kay; and one son, Marty.

Left to cherish her memory is two sons, Donal and wife Pam of Tyler, and David and wife Anita of Quitman; one sister, Wonnie Atchley of Houston; four grandchildren, Janelle Johnson of George West, Bobby Johnson of Quitman, Amber Bramlett of Lindale, and Kyle Johnson of Washington D.C.; five great-grandchildren and a host of nieces, nephews, extended family members and friends.

To order memorial trees or send flowers to the family in memory of Julia Faye Johnson, please visit our flower store.