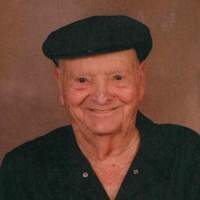 Funeral services for Joseph Merrel Crawford, 94 of Quitman are scheduled for 10 A.M. Tuesday November 20, 2018 at the First United Methodist Church in Quitman with Rev. Keefe Cropper officiating. Burial will follow at Quitman City Cemetery. Visitation will be Monday evening from 6 to 8 PM at Lowe Funeral Home in Quitman.

Mr. Crawford was born August 17, 1924 in the Dry Creek Community in Hunt County to Joseph Angelo and Virgie Allen Crawford and passed away November 17, 2018 in Grand Saline. He worked for LTV as a tooling inspector and designed the elevator mock-up for the space shuttle before retiring early at age 55 in 1980. Joseph also loved to fish, hunt, and play cards. He was also a realtor and accomplished self-taught welder and trailer builder. Mr. Crawford also served in the Army Air Corp during World War II as an electrical specialist, working on the B-17, was a 32nd degree Mason, and member of First United Methodist Church in Quitman. He lived in Quitman since 2002 but also lived many years in the Dallas area as well as Lake Tawakoni and Grand Saline.

Left to cherish his memory is his wife of 52 years, Ann Crawford of Quitman; three sons, Joseph Crawford, Jr. and wife Cathy of Dickinson, Kenneth Ray Crawford and wife Cindy of Grand Saline, and Jerry Crawford and wife Laurel of Lubbock; one daughter, Pamela Burges and husband Herman of Grand Saline; two sisters, Vera Haynes of Rockwall, and Edna Thrailkill and husband Richard of Livingston; 7 Grand Children, 13 Great Grandchildren, and 6 Great Great Grandchildren, as well as a host of other relatives and extended family.