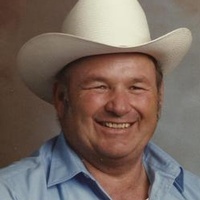 Graveside services for John Carlon "J.C." Wells, 73 of Quitman are scheduled for 11 A.M. Monday, April 7th at Roselawn Memorial Gardens in Mineola with Brother Byron George officiating. Mr. Wells passed away April 4, 2014 in Tyler. He was born January 10, 1941 in Athens to Johnie and Mable Wells and was a long time resident of Quitman.

Mr. Wells spent his youth in Winnie, Texas. In 1957, his family relocated to Mineola, Texas where he was a 1959 graduate of Mineola High School. Upon graduation from high school, J.C. attended Sam Houston State University in Huntsville, Texas. A Real Estate Broker and Developer, Insurance agent, Rancher and a 50 year-32nd Degree Mason, his adulthood was spent partnering with his parents to develop and maintain Clear Lakes Village and Wells Land & Cattle, Co. These endeavors included oil and gas exploration, real estate development and cattle ranching.

He is survived by his mother, Mabel Wells; his wife, Ara; a daughter, Lisa Rockhill and son James Franklin all of Quitman. Survivors also include 5 grandchildren and 2 great-grandchildren.

To order memorial trees or send flowers to the family in memory of John Carlon Wells, please visit our flower store.