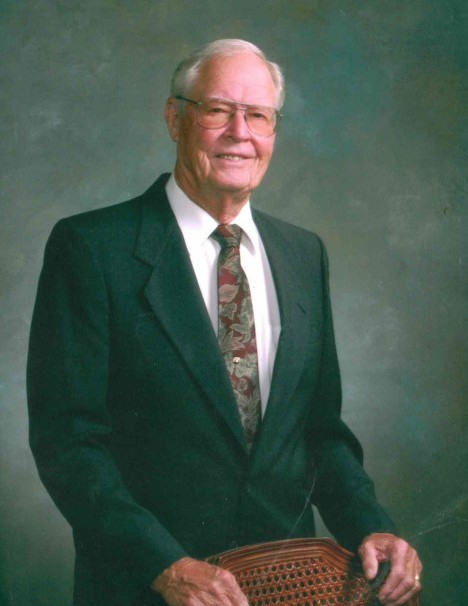 John Edward Rayl was born in Niotaze, Kansas on August 22, 1929 to William and Blanche Rayl. He went to school at Niotaze and Peru High School and graduated in 1948.  On June 27, 1953 at a little church in Niotaze, he married the love of his life, Harriet Marie Akin.

He began his career July 5, 1953 at Sinclair Oil Company.  He moved to Tulsa, Oklahoma, working for the same company, from 1965-1969.  When the company changed names to Atlantic Richfield (ARCO) in 1969, he moved to Dallas.  There, he continued working until retirement in 1985, after a total of 32 years.

After retirement, he enjoyed many hobbies, including hunting coon, quail, dove, and fishing.  In ’85 he taught himself to carve wooden duck decoys and paint.  He made hundreds of wood ducks, and only sold them in the beginning to buy new tools to continue his hobby. He kept most of them because, “If you sell them, it becomes a job. Otherwise, it’s just a hobby.”

John and Harriet lived on Lake Fork for 10 years after retirement, and built a home in Mineola in 2001. He was a member of the Christian Church in Richardson, Texas, and a former member of the Yantis Lion’s Club.

Left to cherish his memory is his loving wife of 67 years, Harriet Rayl of Mineola; son-in-law, George Hensley of Richardson; grandson, Eddie Gorman of Dallas; three nephews, and many friends and neighbors.

In lieu of flowers, donations may be made in memory of John to Hospice Plus in Tyler or the American Cancer Society.