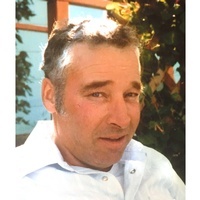 John Leonard Miller, 76, died from natural causes at his home in Quitman, TX on Thursday, May 9th, 2019.

John was born to Leo Peter and Cecelia Anna Miller (Blum) in St. Paul, MN on June 16th, 1942. He was one of eight children. The family eventually moved to Montana and lived in several different areas in the state. After settling in Bozeman, he became a member of the Army National Guard and a maintenance painter at Montana State University. He married Linda Lawrence on September 20th, 1969. They had two children, Tami Greene (Miller) and Melissa Dressen (Miller). He was a dedicated and loyal father who always made time for his family.

In his spare time, John was passionate about fishing in the local creeks and lakes, camping at Canyon Ferry and hunting elk and deer each year. He also enjoyed â€œtinkeringâ€ around on old cars and always spent as much time as possible outdoors.

John eventually divorced and later married Sheila Miller (Baldwin). They moved to Quitman, TX to be close to her family and he continued to enjoy bass fishing, camping, bowling and traveling.

He is preceded in death by his wife, Sheila Miller and siblings Ronald and William.

John Miller was a man with a huge heart who was always willing to help anyone. He will be greatly missed by his family and countless friends and neighbors.

To order memorial trees or send flowers to the family in memory of John Leonard Miller, please visit our flower store.