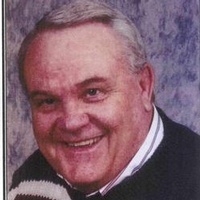 John Richard Landers, 75, completed his extraordinary earthly journey on October 24, 2015, at his home in Mineola, Texas, with his loving wife, and close friends and family at his side.

John was born on November 26, 1939, in Clovis, New Mexico, to Raymond and Bernice Landers. He was one of six children and spent his childhood near White Oak, Texas, until becoming school age. His family then moved to Dallas where he completed his public education. After graduation from Thomas Jefferson High School, he joined the U.S. Navy and served for two years.

He spent most of his professional career in law enforcement and joined the Dallas Police Department in 1967. He served in various bureaus, including the vice squad, criminal assaults, armed robberies, and homicide. He earned his college degree while at the Dallas Police Department, earning a B.S. degree in Criminal Justice from Sam Houston State University. John also worked in the administrative area of police work, including Internal Affairs, Crime Analysis and finally Intelligence. While at the Dallas Police Department, John earned the Meritorious Conduct Award and twice received the Life Saving Award and the Safe Driving Certificate. He was awarded the Perfect Attendance Certificate three times and the Expert Marksmanship Award five times. He took a leave of absence from the Dallas Police Department in 1983 to serve as Chief of Police in Corsicana, Texas, for two years and then returned to Dallas, where he remained for another seven years, retiring in 1992 from the Intelligence Division with a total of 25 years of service in law enforcement.

On November 27, 1980, John married Carolyn on Thanksgiving Day. They soon began the restoration of their 100-year-old home in Corsicana. They moved to Mineola in 1986 and after his retirement in 1992, they began to travel. In 1995 they completed their travel goal - visiting all 50 U.S. states. As an adventurous couple, many of those trips were enjoyed on their motorcycle.

John began to fervently read, search God's Word, and seek understanding and direction of God's will for his life. He earned his Doctorate in Theology, and in 1997 he was ordained and licensed as a minister in the Baptist Church; consequently, he felt a tugging at his heart to share his testimony, so he began to compose gospel music, alongside Carolyn. Many of their songs have been recorded by various gospel artists across the United States and have been played on radio and television stations around the world. One song in particular, "I Love America," was awarded Song of the Year by the Fellowship of Christian Music in 2001.

Preceding him in death are his parents and his four brothers.

He is survived by Carolyn - his best friend and loving wife of almost 35 years, and his faithful canine companions, Charlie and Eliza. In addition, he is also survived by his sister Nealy Jo Patterson, as well as several nieces and nephews.

To order memorial trees or send flowers to the family in memory of John Richard Landers, please visit our flower store.