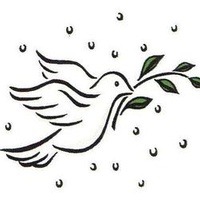 John Wesley Kinne, of Quitman, passed away in Winnsboro Tuesday evening, February 21, 2017 at the age of 82.

John Wesley Kinne was born in Watertown, New York on January 24, 1935 to Elmer and Mary Kinne. He lived in Quitman 2 years, moving from Stuart, Florida. He retired after working in concrete sales for many years. He was also a volunteer fireman in New York.

He is preceded in death by his mother and father.

He is survived by his wife, Patricia Kinne of Quitman; two daughters, Michelle Stonoha and husband Mike of Shelton, CT and Vickie Fagg and husband Gordon of Quitman; brother, Bill Kinne of New York; sister, Alice LaParr of New York; two grandchildren, one great grandson, and several nieces and nephews.