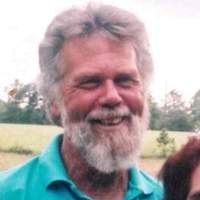 Funeral service for Johnny Hogan, 85, of Winnsboro, is scheduled for 11:00 AM Friday, October 5, 2018 at Lowe Funeral Home with Stanley Whittiker officiating. Graveside service will follow at Little Hope Cemetery. The family will receive friends one hour prior to service.

John Franklin Hogan was born March 30, 1933 in Dallas to Fitzhugh Lee and Elsie (Hennessee) Hogan. He was raised in Vickery, Texas. In 1977 he moved from Garland to Winnsboro. He was a retired truck driver for Safeway and Pilgrimâ€™s Pride.

Johnny passed away Monday afternoon, October 1, 2018 at his home in Winnsboro.

He is preceded in death by his parents, Fitzhugh and Elsie Hogan; son, Johnny Hogan in 2003; great grandson, Riley Oden; daughter in law, Diana Hogan; and son in law, Robert Barbee.