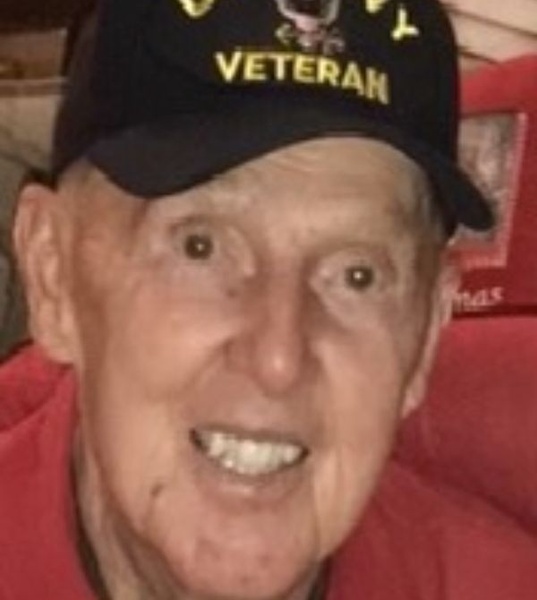 Johnny was born on October 1, 1927 in Worcester, Massachusetts to John and Elsie Gorman. A veteran of the U. S. Navy, he spent many years of his life living and working in the Indianapolis metroplex before retiring and moving to Lake Fork in the early 1980s. Johnny was a loving husband, father, uncle, grandfather, great grandfather, friend, and neighbor. A sports enthusiast his entire life, Johnny played basketball, baseball, and football as a child, in high school and in college. He was a regular competitor in the U.S. Senior Olympics, winning numerous individual medals in the free throw and three-point shootout competitions, along with winning bronze medals in 1999 and in 2001 for 3-on-3 basketball. Johnny took up golf later in life and quickly excelled, getting a remarkable 5 hole-in-ones, along with winning the Masters Championship in 2003 and the Super Senior Club Championship in 2006, both at The Links at Land’s End.

Johnny’s love of the game went beyond just playing, he was a successful coach and manager throughout his life. He had the unique opportunity to manage the fast pitch softball team his late wife, Katie, played on, and even led the team to the Softball World Series on two separate occasions (in California and in Connecticut). In 1997, Johnny was inducted into the ASA Hall of Fame in Indianapolis. Additionally, Johnny spent 35 years serving as an umpire and referee for high school and collegiate basketball, football, and baseball in Indiana.

As great as his love for sports and competition was, it paled in comparison to his love for his family and friends. Johnny cherished spending time with his children, grandchildren, and great grandchildren. His house was the epicenter for family gatherings and was always filled with warmth and laughter. Johnny was an avid storyteller, as anyone who spent time with him would attest to. He never met a stranger and was always willing to help someone in need. Funny, caring, and strong; he impacted every person he came in contact with.

He was preceded in death by his soulmate and wife of 62 years, Katie Gorman.

In lieu of flowers, donations may be made to P.S.C. (Patriots Sporting Challenge) c/o Folds of Honor (PO Box 205, Yantis, Texas 75497) and the Wounded Warrior Project (www.support.WoundedWarriorProject.org).

To order memorial trees or send flowers to the family in memory of John Joseph Gorman II, please visit our flower store.