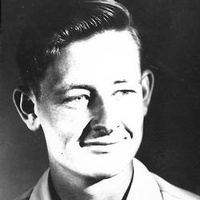 John is preceded in death by his wife of 62 years, Imogene (Jean) Holle Cobbs, and son Tony Cobbs. He is survived by his sons Steve (Connie), Jim Ed (Amy) and Tom (Rese), his sisters Carolyn Songer and Nancy Page, as well as granddaughters Stephanie, Elisabeth, Olivia and Sevene. John was also excited to welcome his grandson Thomas Anthony Cobbs into the family this coming February.

John, or â€œTommyâ€ as he was known in his youth, was born in Corpus Christi on March 11, 1930 to John S. Cobbs and Carrie Lester Cobbs. His father was a ranch foreman and Tommy â€™s favorite pastime as a youth was riding his horse around the ranch in south Texas. He graduated from Moody High School and joined the U.S. Air Force. He served in Germany during the Berlin air lift.

Upon returning home to Waco, TX., Tommy met Imogene in Bosqueville, Tx. and was married at the United Methodist Church in Bosqueville in 1952. After working for Goodyear in Waco and Gilmer, he and Jean settled their family in Mineola in 1966. He and Jean raised four boys and were steeped in the community of Mineola. For decades John was known as a big man with a gentle soul. He blessed the folks of Mineola with his friendly disposition and generosity. John retired from Union Pacific Railroad after 30 years in 2004. John and Jean were members of the First United Methodist Church of Mineola.

Johnâ€™s greatest joy was spending time with his family and friends, especially if it involved traveling to new places. He also enjoyed writing short stories of fiction for children.

In lieu of flowers, donations can be made to the Tony Cobbs Memorial College Scholarship Fund, which was established in 1982 to honor his son Tony. This is an ongoing award for deserving graduates of Mineola High School. Funds can be sent to City National Bank at 200 N. Pacific St., Mineola, Tx. 75773. Memorials can also be made to the First United Methodist Church at 612 N. Newsom St., Mineola, TX. 75773.

Visitation will be held at Lowe Funeral Home in Quitman, Texas on Saturday, December 17 from 6pm to 8pm. A service celebrating John's life will take place Sunday, December 18 at 3pm at First United Methodist Church in Mineola, TX.

To order memorial trees or send flowers to the family in memory of John Thomas Cobbs, please visit our flower store.