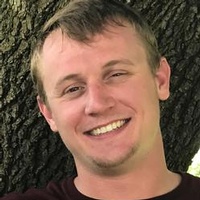 Memorial service for Joel Cameron, 22, of Houston, is scheduled for 11:00 AM Saturday, May 6, 2017 at the First Baptist Church Family Life Center with Brother Tim Strebeck and Dr. Dick White officiating. The family will receive friends following the service until 2:00 PM. Committal service will be held at 3:00 PM at Ebenezer Cemetery.

Joel Michael Cameron was born in Galveston to Ricky and Michelle (Kernes) Cameron on August 26, 1994. Joel grew up in Quitman and was a member of First Baptist Church. He graduated from Quitman High School in 2013. After graduation, he attended Blinn Jr. College, and later went to attend San Jacinto Community College, where he was a current student. Joel loved all sports and enjoyed hunting and fishing. He had a love for animals and Harley-Davidson motorcycles. Joel lived his life to the fullest. He loved his family dearly and was a devoted friend to many.