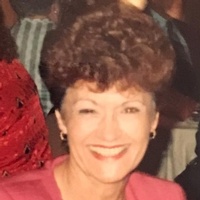 Funeral Services for JoAnn Austin, 80 will be held August 6 , 2018 at 11:00 a.m. at Lowe Funeral Home in Quitman, Texas with Pastor Mike Midkiff from Faith Baptist Church officiating. Interment will follow at Laurel Land Cemetery in Dallas, Texas. Family will receive friends one hour prior to
the service.

Mrs. Austin died on August 3rd, 2018 at her home in Quitman Texas. She was born on December 21, 1937 in Quitman Texas to Oscar Odell Wheeler and Virgie Juanita Matheson. Her maiden name was Nita JoAnn Wheeler but changed it at a later date to JoAnn Austin.

She married Bobby Dean Atteberry in 1955. From this union six children were born.

As the oldest of three sisters JoAnn was very studious, always reading and studying unlike her two playful sisters. She was a straight A student. She gave her heart to the Lord Jesus at age 7. Later in life she was a personality plus person, fun loving and blessed with many friends. She loved to dance, play 42 and cards.

She graduated Crozier Tech High School in 1956. Later she attended Dallas Baptist University and graduated in 1982. She and her husband owned and operated Carpet Company of Dallas for many years.

At a later date she was employed by the City of Dallas in the Tax Office and later promoted to Aviation where she bought and sold property for the City. She retired in 1997.

JoAnn was proceeded in death by her parents and one handsome grandson Derek Wayne Scott Atteberry.

Lowe Funeral Home
To order memorial trees or send flowers to the family in memory of JoAnn Austin, please visit our flower store.