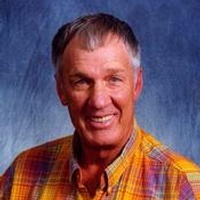 Funeral services for Jimmy Don Canaday, 69, Winnsboro are scheduled for 2:00 PM Thursday, April 25, 2013 at First Baptist Church, Quitman with Brother Fred Morrow and Rev. David Smith officiating. Burial will follow in Lee Cemetery, Winnsboro. Family will receive friends 6:00-8:00 PM Wednesday evening, April 24th at Lowe Funeral Home, Quitman. He was born May 2, 1943 in Sulphur Springs, Tx to Curtis and Imogene Cave Canaday. He passed away April 23, 2013 at his residence. Jimmy was a self- employed Exterminator, Deacon at Rock Hill Baptist Church and sixteen year owner of Canaday Dairy in Winnsboro.
He is preceded in death by his parents.

To order memorial trees or send flowers to the family in memory of Jimmy Don Canaday, please visit our flower store.