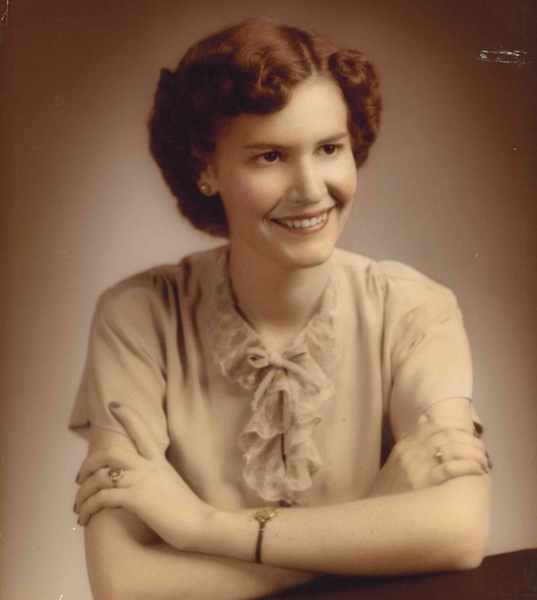 Jessie Murriel Witt, 90, of Quitman, Texas, entered the gates to Heaven January 16, 2022. Jessie was born on February 9, 1931, in Floydada, Texas. She was one of 8 children born to the late Perry and Era Gilbreath.

Jessie married the love of her life, Charlie Witt, on September 16, 1955. Together they had one son, Alan Ray Witt. Jessie had a passion for sewing. She was a seamstress and did alterations on clothing. Jessie had a big heart for animals, especially cats and dogs, and would donate frequently to the SPCA. Jessie was employed at the Garland Independent School District as a cafeteria worker for many years. After retiring, she moved to Quitman.

When Jessie crossed over to Heaven, she had many relatives waiting for her arrival. Her parents, Perry and Era Gilbreath; husband, Charlie Witt; three sisters, Katherine Newcomb, Lue Bevill, and June Anderson; and three brothers, Wayne Gilbreath, Calvin Gilbreath, and Victor (Toad) Gilbreath.

Her memory will be cherished by her son, Alan Ray Witt of Quitman; her sister, Eldavada (Vada) Gilbreath of Yantis; and numerous nieces, nephews, extended family members, and her friends.

Jessie is probably sewing in heaven right now as she is reunited with her passed loved ones.

A Graveside only service for Jessie will be Wednesday, January 19, 2022, at 1:00 PM at Yantis City Cemetery.

In lieu of flowers, please feel free to make donations to the SPCA in Mineola, Texas, SPCA in Winnsboro, Texas, and Heart to Heart Hospice. Jessie would love nothing more than continuing to give to others in her name.