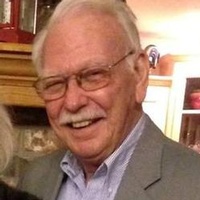 Jerry Wayne Wallace was born November 24, 1936 in Malakoff, TX to Roy and Lucile Wallace. Upon graduating from Buckner Academy, he joined the U.S. Navy and served 4 years. He subsequently went to work for Western Electric, which later became AT&T, and then Alcatel Lucent. He retired from Alcatel Lucent after 40 years of employment. He became a master mason on October 8, 1964 and received his 50 years of Masonic Membership Golden Veterans Award in 2014.

Mr. Wallace passed away September 20, 2017 in Tyler after a lengthy illness.

He is preceded in death by his parents; son, Douglas Wallace; brothers, Don Wallace and Tommy Wallace.

To order memorial trees or send flowers to the family in memory of Jerry Wayne Wallace, please visit our flower store.