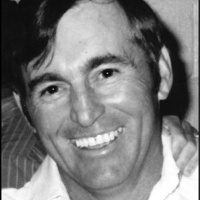 Surrounded by his loving family, Jerry Roger Tinney went to be with his Lord and Savior on June 17, 2019. He was welcomed into his final home by his parents Linnie and Taft Tinney, and sister Nyla Avant. Roger was born June 23, 1942 at his boyhood home in the Tinney Chapel community.

As a young man, he worked with his father at Tinney Feed & Seed. His earliest passion was roping and riding. He passed that love on to his two boys, hauling them all over the state cheering them on. Now the granddaughters continue the rodeo tradition.

God blessed Roger with a wife â€œmore precious than jewelsâ€ (Prov. 31:10), when He gave him Cindy Knight. The two married September 7, 1972 and spent 46 years loving each other and raising their family in Winnsboro.

Roger was a faithful member of First Baptist Church where he gave his heart to the Lord as a young boy. He chased after the Lord with determination and boldness, praying for his family and all those in need. He hungered to know God more deeply, reading Godâ€™s word, books by his favorite pastors and spending time in faithful prayer. Today he is at the feet of Jesus... all his questions answered.

â€œUncle Rogerâ€ will be missed by many nieces and nephews that truly loved him.

In lieu of flowers, honor Rogerâ€™s memory by contributing to one of the above through First Baptist Church.

Tinney Homeplace
To order memorial trees or send flowers to the family in memory of Jerry Roger Tinney, please visit our flower store.