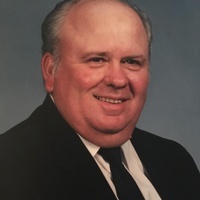 Memorial service for Ben Hargrave, 79, of Quitman, is scheduled for 10:00 AM Tuesday, October 2, 2018 at Lowe Funeral Home. The family will receive friends from 6-8 PM Monday evening at the funeral home.

Jerry â€œBenâ€ Hargrave was born in Nelta, Texas on June 25, 1939. He was one of three children born to Ercil Harrington and Eva Mozelle (Gregg) Hargrave. Ben was raised an only child, as his two sisters passed away in infancy.

Ben grew up in the Sulphur Bluff area, graduating from Sulphur Bluff High School in 1957. On August 31, 1961, he married the love of his life, Melba Hall Hargrave. The two were married for 54 years at the time of her passing in 2015. In 1961 he graduated from ETSU Commerce with Bachelorâ€™s Degree. Soon after, he joined the Air Force Reserve and served his country proudly until being honorably discharged in 1968. He worked as a draftsman for Collinâ€™s Radio out of Richardson before being laid off and opening a marina on Lake Quitman. He owned and operated Benâ€™s Marina for 27 years before retiring. After retiring, he enjoyed many different hobbies, all of which were self-taught. He enjoyed refurbishing antique clocks and tractors, learned the art of taxidermy, and was an extremely talented wood carver.

He was also an avid gun collector and fisherman, but hardly fished during the 27 years he owned the marina. He was always inside chatting and forming relationships with customers. Ben was a people person. He was very involved in the community and a member of many clubs and organizations. Among those clubs were the Wood County Antique Tractor Club, East Texas Wood Carverâ€™s Association, was an Eagle Scout, and was an honorary member of L/CPL Shane L. Goldman #1278 Marine Corp. League. Ben would frequently help with Toys for Tots with the Marine Corp League.

Ben Hargrave passed away Wednesday morning, September 26, 2018 at his home.

He is preceded in death by his loving wife in 2015, Melba Hall Hargrave; mother and father, Ercil and Eva Hargrave; and two sisters.

In lieu of flowers, the family asks that a donation be made in memory of Ben to Toys for Tots in care of L/CPL Shane L. Goldman #1278 Marine Corp. League.