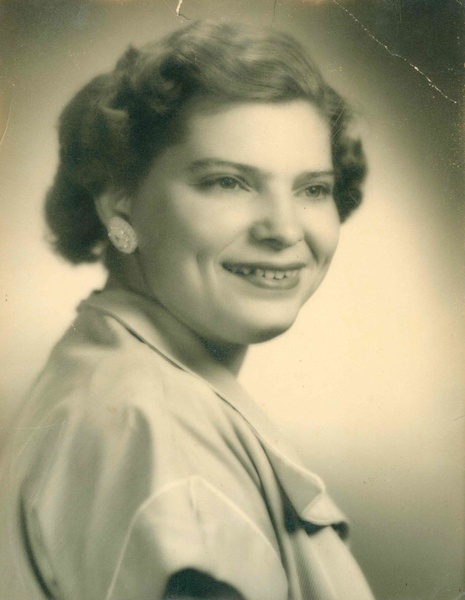 Funeral Services for Janice Logan, age 84, of Yantis, Texas, will be held at 11:00 AM, Saturday, November 9, 2019 at Myrtle Springs Baptist Church, Located at 2185 FM 2225, in Quitman.  The Family will receive friends one hour prior to the Service, beginning at 10:00 AM.  A private interment will be held following the funeral in the Yantis City Cemetery.

Janice was born on October 24, 1935 in Wood County to Casey and Jewel (Hurley) Logan.  Janice, daughter of a Farmer, moved to Dallas in 1941, she was 5 at the time.  Janice's family settled in the Oak Cliff area of Dallas where she graduated from Sunset High School.  After working for two years as a Transcriber for a Dallas area Insurance Company she decided to attend Jacksonville College.  After College, she worked at Stewart Office Supply in downtown Dallas.  She was employed there for 27 years, working as a typist, secretary, buyer, and all other Office work that was required of her.  In, 1986, she was offered a better position at Preferred Office Products as a buyer.  In 2002, following 16 years as a buyer, she retired and moved back to Yantis where she build her retirement home on family property near Lake Fork.

In 2002, she attended the Old Settlers' Reunion in Quitman and met one of the founding members of The Republican Women of Wood County (RWWC) and joined quickly there after.  Janice held several positions with the club.  She received the "Outstanding Republican Woman" award given by TFRW.  She volunteered many hours at festivals, manning the RWWC booths, and she volunteered many times at the Wood County Republican Headquarters.  She was also a member of The Order of the Eastern Star for many years.

Janice was a lifelong member of Dallas Park Baptist Church, and after retirement, a member of the Myrtle Springs Baptist Church where she was the organist.  The Republican Women and The Order of The Eastern Star.  Her faith and church family were very important in her life.

Preceeding her in death was her Father, Casey Logan; Mother, Jewell Hurley; and Sister, Janet Logan.

To order memorial trees or send flowers to the family in memory of Janice Logan, please visit our flower store.