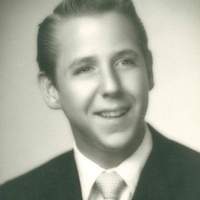 Graveside service for James Robert King III, 76, of Mineola, is scheduled for 10:30 AM Thursday, August 23, 2018 at Oakwood Cemetery in Huntsville with Pastor Jim Pickens officiating. The family will receive friends from 6-8 PM Wednesday evening at Sam Houston Memorial Funeral Home.

Robert served his country proudly in the US Coast Guard and retired as a Senior Chief.

Robert was a Mineola resident for the past 5 years and was a classic car enthusiast.

He is preceded in death by his parents, James Robert King Jr. and Virginia King.