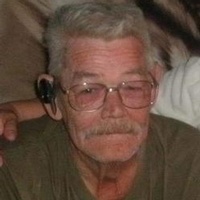 James Hilburn Hobbs, 77, of Quitman, passed away November 13, 2016 at his home. Graveside service is scheduled for 2:00 PM Tuesday, November 29, 2016 at Dallas-Fort Worth National Cemetery.

James was born March 8, 1939 in Hamilton, Texas to John Aldus Hobbs and Lizzie Mae (Smith) Hobbs. He was a Holiday Village resident for 6 months, moving from Mineola. James was a retired veteran, having served his country proudly in the United States Army, and was a member of the VFW.

He is preceded in death by his daughter, Regina L. Hobbs.

To order memorial trees or send flowers to the family in memory of James Hilburn Hobbs, please visit our flower store.