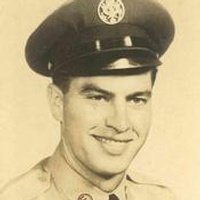 Funeral services for James C. Cox, 81, Mineola are scheduled for 11:00 A M Saturday, January 4, 2014, Lowe Funeral Home Chapel of the Chimes, Quitman with Rev. Craig Kearby officiating. Burial will be in the Biggs Chapel Cemetery, Nashville Arkansas. Family will receive friends 6:00-8:00 PM Friday evening, January 3rd at the Lowe Funeral Home. He was born March 23, 1932 in Bowie County, Texas to John Henry and Vada Cornish Cox. He passed away December 31, 2013 in Tyler. Curtis served during the Korean War in the United Stated Air Force and was a member of Pilgrim Rest II Baptist Church, Golden.

He is survived by his wife Betty Cox, Mineola; a son and daughter-in-law, Gary and Shannon Cox, Bedford and a daughter Debbie Hailey, Ft. Worth, and 5 grandchildren.