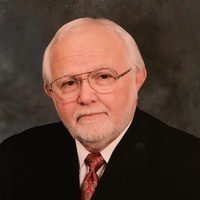 James Swift Coker, of Winnsboro, TX died at St. Vincent's Infirmary in Little Rock, Arkansas on Friday, April 12th at 12:50 PM at the age of 79.

James was born in Dallas, TX on January 20th, 1940 to Johnny P. and Margarette (Cooper) Coker.

James â€œSwiftyâ€ Coker graduated from Grapevine High School in 1959, honorably served his country in The United States Air Force as a Military Policeman from 1961-1966. He resided in Southlake, TX from 1976 until he and Hilda Merle moved to Winnsboro, TX in 1996. James retired from Team Air Freight as Vice President of International Freight in Winnsboro in 2009.

James was known as a personal mentor, a devout Evangelical Christian, a committed husband and father, a faithful member of Grace Fellowship in Winnsboro, an avid shooter, and famous for his â€œchatsâ€. James also loved dancing with the love of his life Hilda Merle, Texas High School and College football, and was a gifted storyteller. He truly touched each personâ€™s life that he ever came in contact with, he will be deeply missed.

Funeral service for James Coker is scheduled for 11:00 AM Friday, April 19, 2019 at Grace Fellowship in Winnsboro with Pastor Billy Condrey officiating. James will be laid to rest at Lee Cemetery following the service. The family will receive friends from 6-8 PM Thursday evening at Lowe Funeral Home, Quitman.

In lieu of flowers, James requested donations be made to his grandson, Clayton Coker, â€œCaring for Claytonâ€ through Grace Fellowship Ministries.