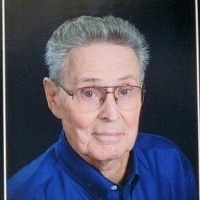 James (Jim) Donald Burks, formerly of Grand Island, entered into the presence of his Savior on May 25, 2019 at Superior Residence, Clermont, Florida with family members at his side. He was a loving and committed husband to his wife, Donna (Cayler) Burks for 63 years and a devoted father to his three children and their spouses, Karen Day of Dallas, Texas, James and Shauna Burks of Montverde, FL, and Sharon and Jeff Palas of Apex, NC. Jim adored his six grandchildren, Kristin (Matt) Milner, Mathew Burks, Christina and Chloe Day, Olivia and Ethan Palas, and his great grandbaby, Marlee Lynn Milner.

Jim was born on February 1, 1933 in Quitman, Texas to Matthew and Ruby Burks. He had two brothers, Paul Mack and John William, and one sister, Barbara Ann (Martin). He was preceded in death by his parents and siblings and a daughter, Sandra Kay.

Jim graduated from Quitman High School, Quitman, Texas where he was an active member of FFA, receiving the Lone Star Farmer Award, one of the highest honors for the organization. He later graduated from Texas A&M with a degree in Agricultural Engineering. The son of dairy farmers, Jim was passionate about innovative ways to develop irrigation systems that effectively served the agricultural community.

In 1956, he married Donna, and the couple raised their children in Dumas, Spearman, and Plainview, TX and Grand Island, NE. Jim began his career with the Soil Conservation Service as an engineer and surveyor. He moved on to become a salesman for Gifford-Hill, which later became Diamond Plastics where he retired at the age of 56 as President of the company.

Upon retirement the couple returned to Jimâ€™s homeplace in Quitman where family often congregated and â€œGrandpaâ€, as he was affectionately called, baited fishing hooks and trot lines, took the family on hay rides, and fried enough fish to feed immediate and extended family. Jimâ€™s life was fueled by his faith, and church and community service were high priorities for him. He served as a deacon in his church for many years, was a member of Rotary, and partnered with a friend to begin a foundation to benefit and support the local FFA. He was again honored as a lifetime member of the organization by the Quitman chapter. He was loved by many family members and friends in the community and was known to be quite the competitor at Pitch, Sequence, and Mexican Train.

Visitation and viewing will be Monday morning, June 3, 2019 at 10 a.m. with a Celebration of Life service at 11 a.m. at Faith Baptist Church in Quitman, TX. A graveside service will follow.

In lieu of flowers, the family requests donations be made to Faith Baptist Church, Quitman, TX or to a charity of your choice.