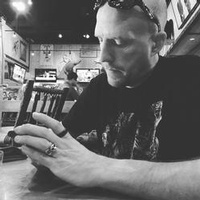 Jack Ingram, 41, of Houston, Texas passed away suddenly on February 18, 2017. He was born in Princeton, New Jersey to Ronald and Diana Ingram on July 25, 1975. Jack was named after his uncle Jack Ingram.

Jack was considered a top â€œAlien Atmosphere and Dense Loading Specialist, a very precise and dangerous discipline. Jack traveled the world in his work for International Catalyst of Texas and PETROVAL DENSICATÂ® of France. Jackâ€™s work took him to the furthest reaches of our planet and he would share with all of us, his many stories of adventure, exotic foods and cultures. His father describes him as the complete â€œalpha maleâ€ accepting the call to everyoneâ€™s needs, yet consoling and wise.

He is survived by his mother Diana, father Ron, older brother Ronald Ingram Jr and his wife Rose and their three children Trey, Andy and Romy, a step daughter Madeline and step sister Tonya â€“ all of Houston, Texas, his grandmother, Joyce Karr, many cousins, aunts and uncle and his godfather, Buster Austin.

Jack was non-denominational, but spoke privately of his personal faith in a solemn and quiet manner. A reflection of Jackâ€™s faith and love was through his music, song writing and poetry, and all things outdoors. He never ceased to wonder at the beauty of Godâ€™s work. Tributes have arrived from around the world expressing respect, love and sorrow from his many friends.

Jackâ€™s older brother Ronald is deaf. The memories of the two debating in sign language on a golf course was a site no one could forget. Jack enjoyed shooting with his mother, golf with his brother and dad, caddying for his dad during amateur events, camping for long periods along the wild uninhabited Texas coast, fishing whenever and wherever and endless hours with his nephews Trey and Andy and niece Romy. Jack was a vocal fan at Tonyaâ€™s basketball games, and was the cook and center of entertainment at all backyard â€œget-togethersâ€ at his parentâ€™s pool parties. His many friends considered him an extension of their families and he cared deeply for all of them.

In 1988 Jack and his father completed a 62 day and night journey on a small sailboat traveling from West Virginia to Houston, Texas along the Kanawha, Ohio, and Mississippi Rivers, through the Atchafalaya swamp, across the Gulf of Mexico and up Galveston Bay. Jack was 12 when he departed and 13 when he returned home. He always viewed that journey as a special time. In later years Jack would apply those skills as a survivalist and built â€œbugoutâ€ kits for all of the family members â€“ always making plans and taking responsibility for those he loved and cared for.

Graveside services will be held at 11:00 AM Monday, March 20, 2017 at Clover Hill Cemetery, near Quitman, Texas in Wood County. Jack is descended from early Texas settlers and will rest with the many generations of his ancestors at Clover Hill.

In lieu of flowers, contributions may be sent to www.GoFundMe.com â€“ search for Jack Ingram.