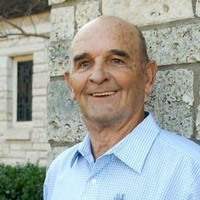 Memorial services for Houston Edward Connally, 72, of Quitman, formerly of Crane, are scheduled for 10:00 AM Thursday, February 25, 2016 at Lowe Funeral Home Chapel of the Chimes with Rev. Dick White officiating.

Houston was born July 9, 1943 in Gorman TX to Houston D. Connally and Jessie Reid Connally and died February 22, 2016 in Tyler. He was an administrator at Wood County Central Hospital, a former member of the Lions Club, and a member of Mt Pleasant Baptist Church in Comanche.

He is preceded in death by his son, Cyle Connally; sister, Bobbie McCoy; and brother Roger Connally.