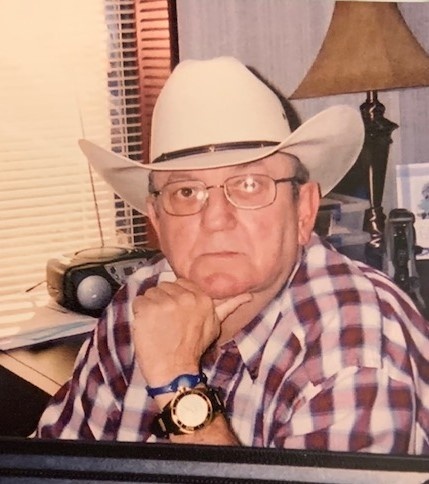 Hans Joachim Werner Raffel McClure received his heavenly wings on December 25, 2020 after a long hard fight with illness.  Hans was born on July 28, 1953 in Schussenried, Kurnbach, Germany to Lieselotte Raffel.  Hans was adopted by the man that became his hero and beloved father Billy Neal McClure on August 4, 1964. He was brought to the United States to Paris, Texas at this time.  Hans was so proud when he received his US Citizenship on March 29, 1976.
Hans married the love of his life Brenda Faye Cagle on October 14, 1977 and they lived their life in Quitman, Texas.  He dedicated his life to his greatest passion protecting the children of Texas by working for the State of Texas Child Protection Agency for 44 years.
Hans is survived by his two greatest pride and joys, son Shawn Christopher McClure and daughter Amber McClure McQuilliams with her husband Cameron McQuilliams.  Also by his two grandchildren Bailey Brooke McQuilliams and Camdon Alvin McClure McQuilliams, they brought him so much joy and laughter. He is also survived by his sister by marriage Rachel Diane Cochran and numerous nieces and nephews. Hans is also survived by Jorge Sewell who he considered his adopted son.
He was preceded in death by his parents and grandparents William and Etta Hadley of Valiant, Oklahoma and Otto and Gerturde Gase Raffel of Germany.
Hans did not wish to be remembered with a public ceremony, instead he wanted to be remembered as he was in life, his big heart, joyous laughter and his great love of life.  If anyone wishes to honor his life please do so by making a donation to the Wood County Child Welfare Board to help serve and protect the children he spent his life trying to protect from abuse and neglect.