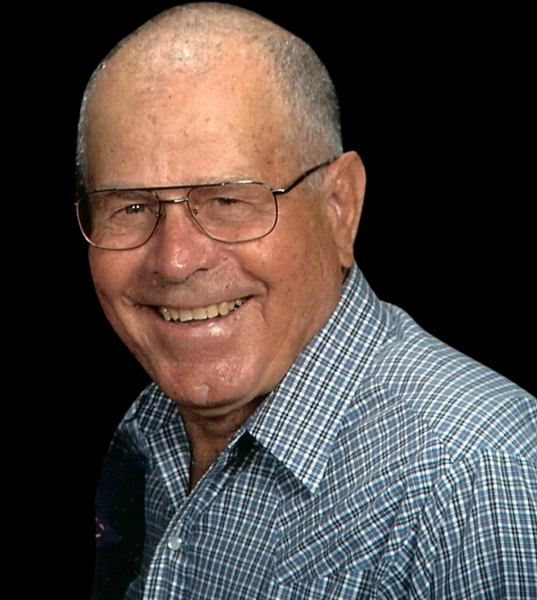 Gene was born in Quitman on October 13, 1930, to Milburn and Martha Cameron. After graduating from Quitman High School, Gene enlisted in the United States Army. He served his country proudly from 1949 to 1955. Gene married the love of his life, Pat Cartwright, on July 29, 1950, in his parent's front yard in Quitman.

Together, Gene and Pat welcomed three children, Ann, Vickie, and Doug. Early on, Gene worked as a banker, at Wood County Electric Company, and in 1985 he started Cameron Electric. He retired in 1995. In his younger years, he was the caretaker for Lake Lydia, and his later years was a farmer. He enjoyed tending to his cattle and baling hay.

In 1954, Gene became a Deacon for the Hubbard Chapel Baptist Church. He is also one of the founding members of the Hainesville Volunteer Fire Department.

Gene loved to spend time with his family, hunting, riding horses when he was young, and fishing in crappie tournaments.

Gene is welcomed into Heaven by his parents Milburn Cameron and Martha Wright Cameron; his loving wife of 66 years, Pat Cameron; his two sisters, Morene Caylor, and Paula Rushing; and his brother Neil Cameron.

A graveside service for Gene Cameron will be held at 10:00 AM, Saturday, April 30, 2022, at Concord Cemetery in Hainesville with Brother Rick Ellington officiating. The family will receive friends from 6-8 PM Friday, April 29, 2022, at Lowe-Gardner Funerals & Cremations.

In Lieu of Flowers, please consider a donation in memory of Gene to the Hainesville Volunteer Fire Department, P.O. Box 1145, Quitman, Texas, 75783, or to Hospice of East Texas.

To order memorial trees or send flowers to the family in memory of Gene Challus Cameron, please visit our flower store.