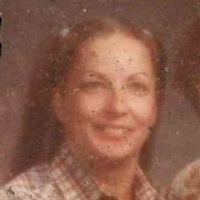 She is preceded in death by her parents, Ottie and Myrtle Norton, and one son, Lee Thomas Wise.

Wanda Gail Meyers was born in Magnum, Oklahoma on December 25, 1941 to Ottie and Myrtle Noton. She lived in Perryville 35 years, moving from Carrolton. She worked as a secretary at a hospital and was a Christian.

There are no services scheduled at this time.

To order memorial trees or send flowers to the family in memory of Gail Meyers, please visit our flower store.