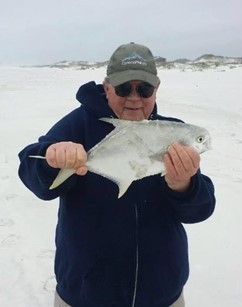 On Friday, July 23, 2021, Fred Nicholas Sutler of Holly Lake Ranch passed away at age 73. Fred (Nick) was preceded in death by his father Fred, his mother Betty, and sister Kay. He is survived by his loving wife LeeRee; brother Chris Sutler and wife Sharon; son Nathan Sutler and wife Kimberly; daughter Jennifer Felton and husband Jeremy; as well as four grandchildren Corinthia, Shiloh, Lucas, and Erickson.


Fred (Nick) was born on October 18, 1947 in Cheyenne, Wyoming to Fred and Betty Sutler. He is a Navy veteran and served in the Vietnam war. After his service he received a degree in mechanical engineering at the University of Wyoming. He worked for Phillips and became a world traveler, working in several countries such as Norway, Australia, Singapore, Italy and finally retired where he always dreamed to live in Alaska.

Fred (Nick) had a passion for fishing and quirky t-shirts. Every summer you could find him on his boat in Alaska, sporting his signature shirt and suspenders, catching as many fish as he could hook.

Fred (Nick) will be greatly missed and will live on in the hearts of his family and friends.
Private family services will be held at a later date.
In lieu of flowers, contributions may be made to Cancer Care at cancercare.org.