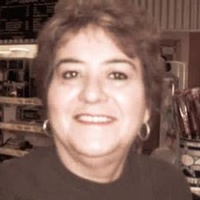 A graveside memorial service for Frances Marie Robinson, 65, of Mineola, is scheduled for 2:00 PM Sunday, March 26, 2017 at Concord Cemetery with Larry Tucker officiating.

Frances Robinson was born October 14, 1951 in National City, CA to Richard Peralto and Helen Mary (Huntly). She was a catholic and worked in retail sales and as a homemaker. Frances moved from San Diego, CA to Quitman in 1992.

She is preceded in death by her parents; one brother, Richard Peralto and husband Ronald Robinson.

To order memorial trees or send flowers to the family in memory of Frances Marie Robinson, please visit our flower store.